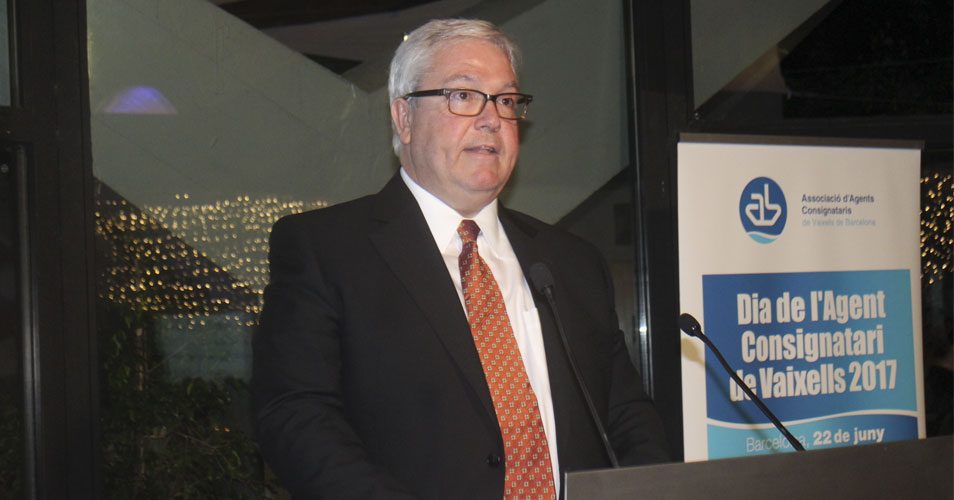 The Association of Shipping Agents of Barcelona celebrated, for the 5th year running, the ‘Shipping Agent Day’, which coincided with the 97th anniversary of the Association. More than 150 executives, professionals and collaborators of shipping companies as well as different authorities of the maritime sector and the port community of Barcelona attended the event.

The ceremony, which took place on 22nd of June in Esfèric Barcelona, started with the speech of Jordi Trius, President of the Association and Managing Director of Marmedsa Noatum Maritime´s Maritime Services division. Trius highlighted the shipping agent’s capacity to adapt to the new needs of the sector during the almost 100 years of history of the Association, despite the difficult current situation. He also underlined the necessity to have a specific and officially recognized training for the shipping agents.

The event also count on the participation of Josep Rull, Minister of Territory and Sustainability of the Government of Catalonia, Ricard Font, Secretary of Infrastructures and Mobility, José Alberto Carbonell, General Manager at Port of Barcelona, among other authorities.

Antonio Campoy, President of Marmedsa Noatum Maritime, joined also the event as well as many other executives from our Group.