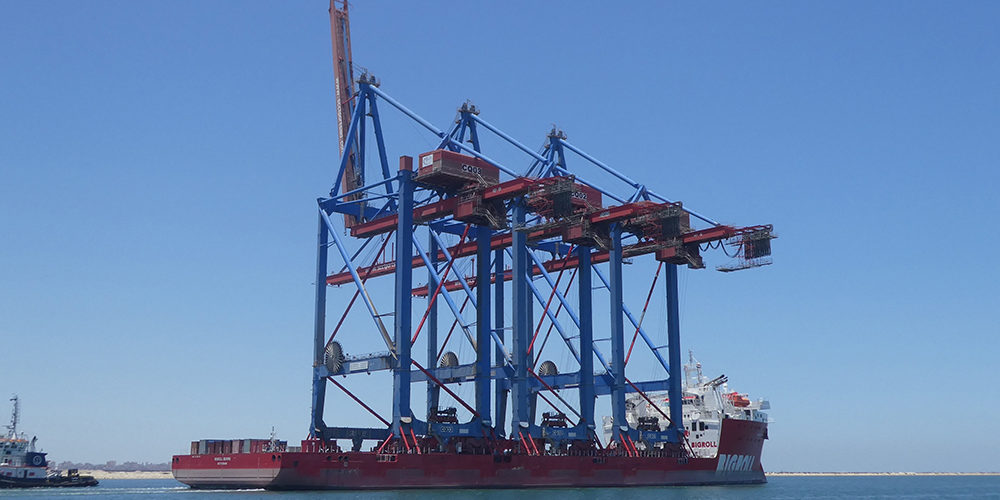 The terminal division of Noatum Maritime, Noatum Terminals, has finally decided to invest again in Noatum Terminal Malaga, extending its harbour and yard container-handling machinery after weeks of intense negotiations between the different stakeholders, which included the port authority, the stevedores, ancillary services, the terminal and several shipping companies.

The cranes are being shipped on-board the vessel ‘BigRoll Bering’, which left the Egyptian port of Port Said last 14 June, and will be installed at the terminal next week. The three Over Super Post Panamax cranes, manufactured by Noell, are similar to those that left the port one year ago and can be used to operate container ships of up to 16,000 TEU.

The Port Authority and Noatum Maritime hope that in a context of economic recovery and with the support of both the industry of Malaga and its hinterland in Andalusia, the port of Malaga will become the point of arrival and departure for Andalusian industry and commerce, and importing and exporting companies will achieve higher levels of competitiveness.

Meanwhile, the rearrangement of port spaces continues with the aim of providing not only stevedoring and terminal-operator services, but also bulk-cargo and Ro-Ro traffic handling services. In this sense, the first bulk-cargo ships have already been attended, using a new 6,000 m2 hall as reception warehouse for agro-food products.

According to Antonio Campoy, CEO of Noatum Maritime, In 2017, Noatum Terminal Malaga stored over 1,150,000 tones bulk cargo, handling 54,000 vehicles and 73,000 TEUs. Assuming that current competitiveness levels are maintained, these figures are expected to increase year on year for the 2018-2020 period.

In 2017, Noatum Terminal Malaga stored more than 1,150,000 tons of bulk goods, and operated 54,000 vehicles and 73,000 TEUs. If standards of competitiveness are maintained during the period between 2018 and 2020, the trend towards growth will persist, and improvements to these figures year after year are anticipated to continue.