Autoterminal opens a new technical center in the Port of Barcelona Barcelona, 23 March 2022 – Autoterminal Barcelona today inaugurated a new facility in the concession that it has held in Port of Barcelona since 1990, consisting of several spaces for the fitting and complete transformation of large fleets of vehicles that arrive at the terminal, prior to delivery to the dealer or end client.

These facilities consist of a Pre-Delivery Inspection (PDI) area of 3,300 m2 and a technical repair center covering an area of over 5,000 m2 named Autoterminal Technical Center by Lever Touch.

The commitment to the environment and responsible management is reinforced by an innovative car wash system with a high-pressure car wash tunnel that recycles 85% of the water it consumes, and three manual car wash boxes.

The name of this new space is the result of the collaboration agreement signed in June 2021 between Autoterminal and Lever Touch, a company specializing in vehicle repair, aimed at managing Autoterminal’s Technical Centre for the repair, modification and assembly of accessories on import and export vehicles that the terminal operates, and attracting other client profiles such as dealerships, insurance companies, fleets and other local customers.

The event was attended by Damià Calvet, president of the Port of Barcelona, who officially inaugurated the facility after his speech; Antonio Campoy, president of Autoterminal and CEO of Noatum Group; Xavier Vázquez, CEO of Autoterminal; Giovanni Liccardo, CEO of Lever Touch, and Carlos Artigas, director of Autoterminal, as well as other members of the Board of Directors.

In his speech, Damià Calvet pointed out that “Autoterminal has been able to grow with intelligence and hard work to meet the logistics demands of its clients, and to face the new challenges presented to the port logistics community. These services and facilities create innovation, and today’s inauguration is a clear example of this. This major investment by Autoterminal reflects its commitment to the Port Community of Barcelona and to the entire society we serve.”

In his inauguration speech, Xavier Vázquez, CEO of Autoterminal, said that “Together we will address new business opportunities and open Autoterminal to new types of clients with whom Lever Touch has extensive experience, including insurance companies, fleet campaigns and other local clients.”

Meanwhile, in his speech Giovanni Liccardo, CEO of Lever Touch, emphasized that “this alliance aims to provide a unique service to the automotive sector. As of today, Lever Touch will be able to offer its clients the added value of the port infrastructure and its connectivity, which will allow us to offer them the standard services in an industrial platform.”

VISIT TO THE FACILITIES

During the event, the attendees were also invited to tour the various spaces in order to take a close look at the technical capabilities of the new facilities, with a special focus on the innovation and respect for the environment that this project involves.

Given its dimensions and state-of-the-art equipment, Autoterminal Technical Center by Lever Touch is the most outstanding space in the new facilities. With a capacity to repair between 8,000 and 10,000 vehicles per year, the innovations in its equipment include the PDR (Paintless Dent Repair) technique, a 100% eco-sustainable repair.

All the necessary checks are completed in the PDI area before delivery to the dealership or end client. This area contains 18 electric vehicle chargers, with a charging capacity of 150 vehicles per eight-hour shift.

The innovative vehicle washing system is the first without a drag chain, which reduces the washing time to 90 seconds per vehicle, and recycles 85% of the water it consumes thanks to the triple filtration treatment plant.

In addition to the technical center, some of the investment has also been allocated to improving the links between Autoterminal and the new bridge which will connect the terminal with the future berth for ro-ro vessels at the Energy dock, and a new entrance to the terminal to speed up the delivery of vehicles to transporters has been built.

At the conclusion of the inauguration ceremony, the attendees shared their impressions of the new spaces over a lively farewell aperitif. 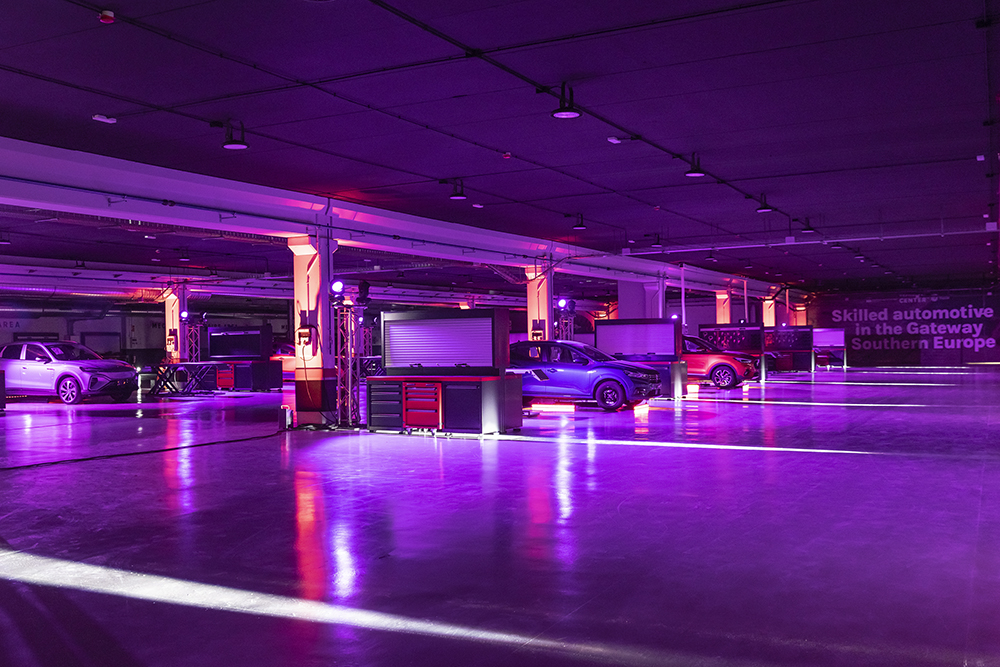 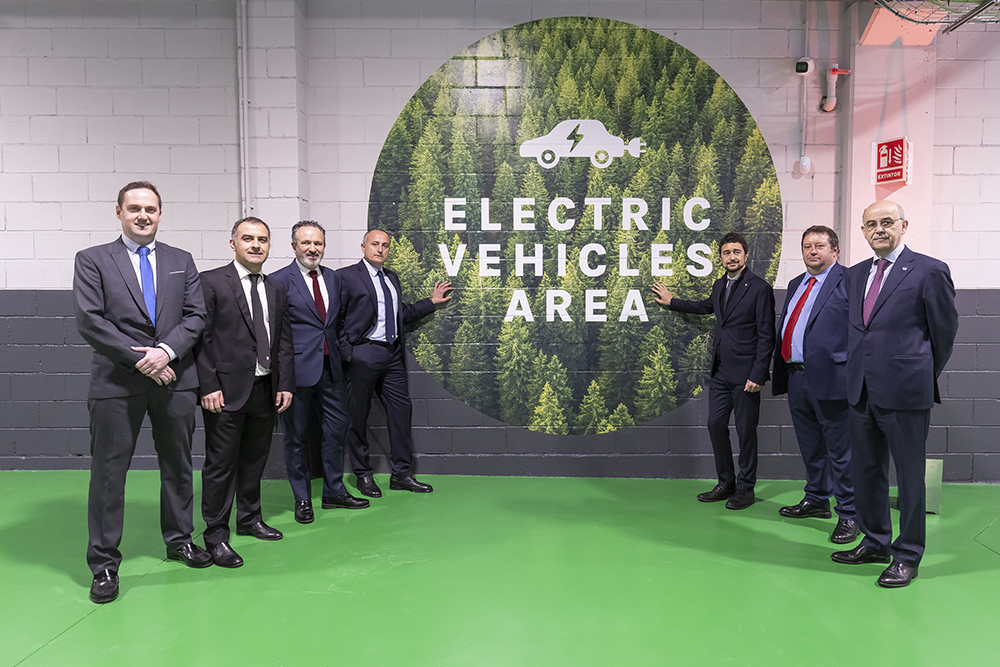 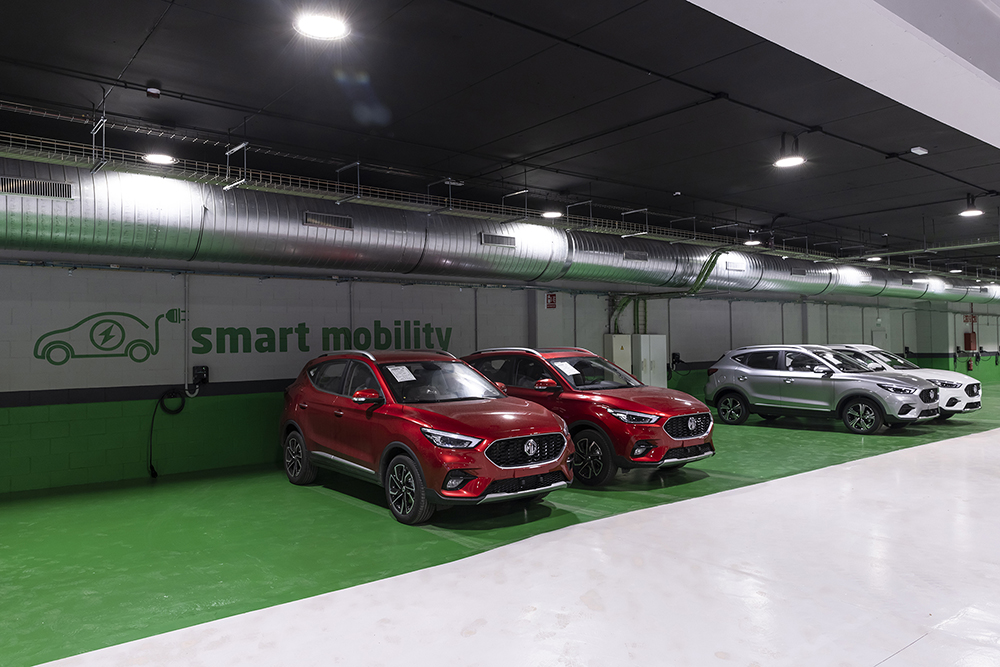 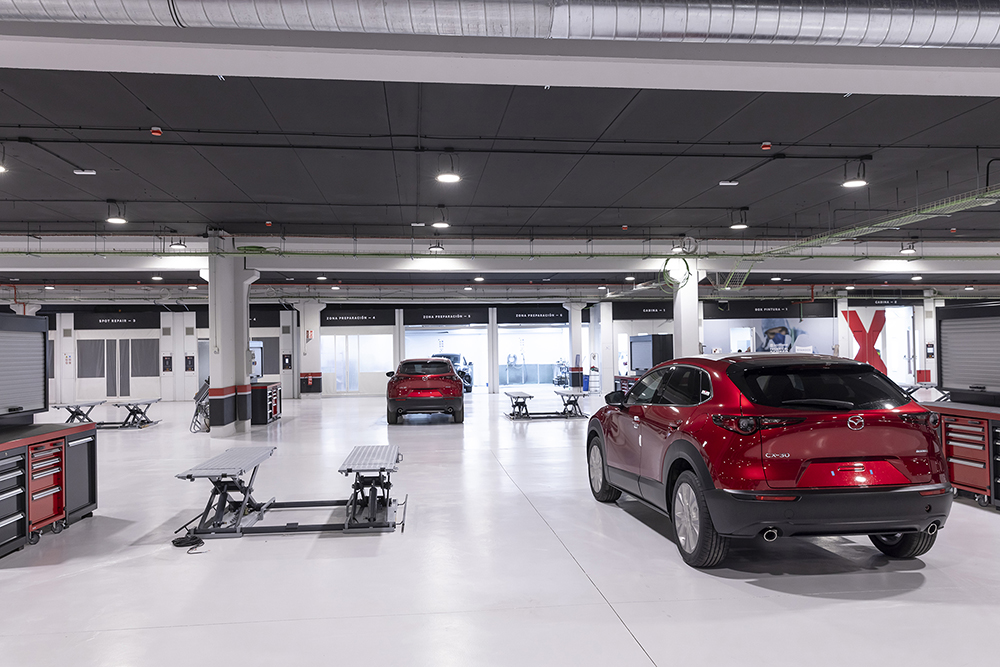 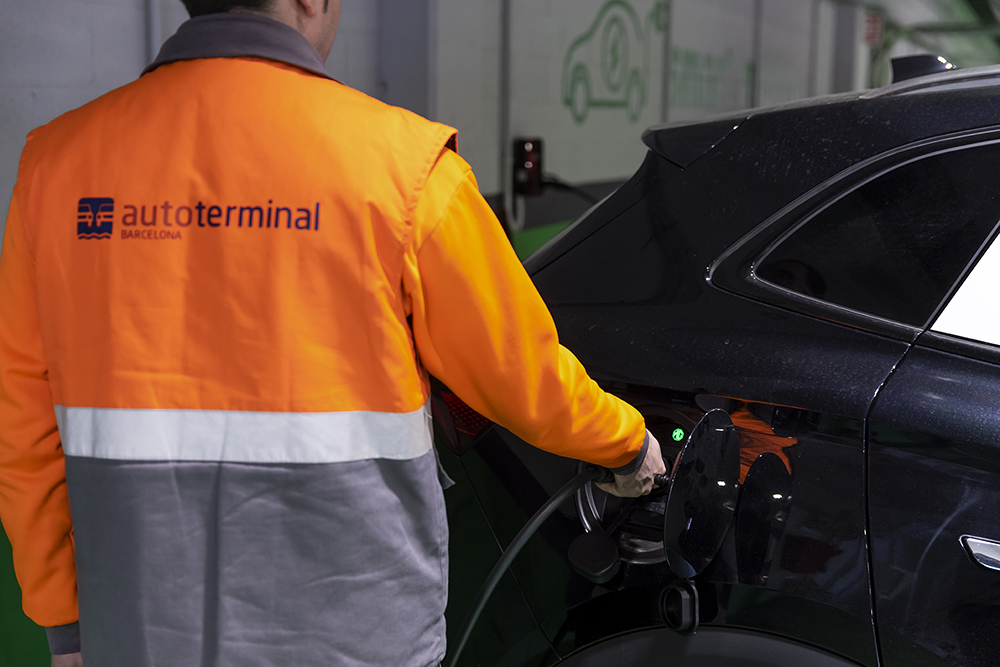 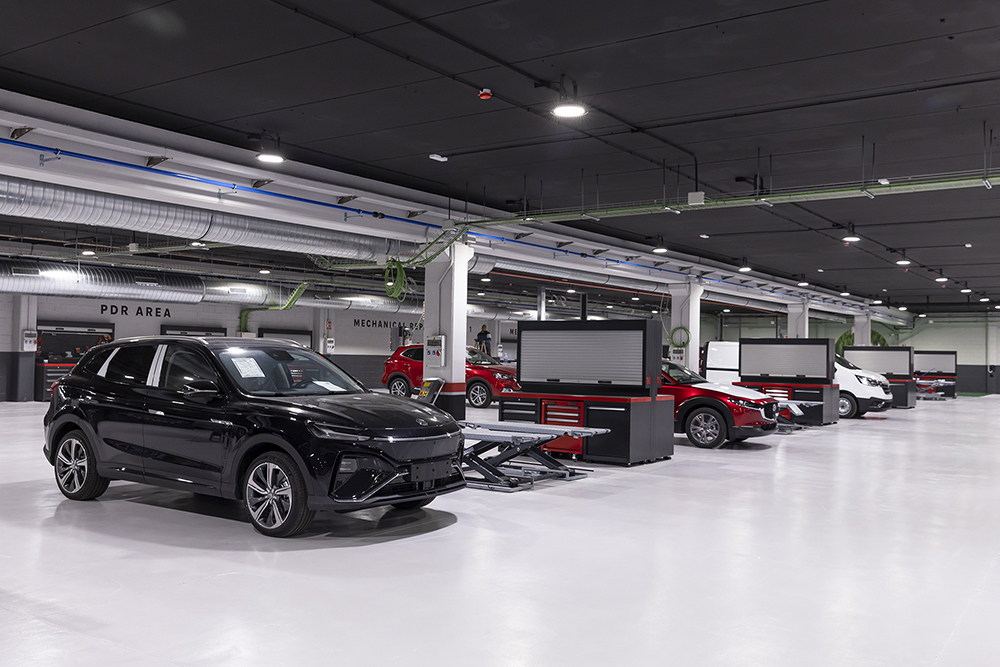 Autoterminal Barcelona is the vehicle logistics hub for the Mediterranean countries and the rest of Europe. Located in the Port of Barcelona, Autoterminal Barcelona is the intermodal transport center for vehicles by sea, rail and road. The company began its activities in the Port of Barcelona in 1990 with a concession of 90,000 m2. Today, the concession’s total surface area is 765,000 m2, with a storage capacity of over 40,000 cars, 25,000 under cover, making Autoterminal the largest vehicle terminal in the Mediterranean and one of the five largest in Europe.

Noatum is the main shareholder in Autoterminal Barcelona. Autoterminal is part of Noatum Automotive & Ro-Ro, a specialized division of the Noatum Group that includes all the Group’s activities related to port operations for vehicles and Ro-Ro cargo.

With over 28 years of experience, Lever Touch is experienced in repairing vehicles throughout their entire life cycle. From the moment the car is assembled in the factory, through transportation and distribution to dealerships, by way of private clients and fleets, until the moment when the vehicle reaches an advanced stage of wear and tear, Lever Touch provides all maintenance and repair services for bodywork, paintwork, mechanics and electronics.

This 360-degree process is made possible by the six service lines offered, which each specialize in a specific type of client: car manufacturers, insurance companies, logistics operators, fleets, private individuals, garages and dealerships.