High activity of Marmedsa Cruise Services in April and May

The slow recovery of the sector has been preparing cruise lines and service providers to offer more innovative and better services for cruisers worldwide.

During April and May, we’ve seen new cruises making their first call in Spanish ports and some old acquaintances come back after a long absence. 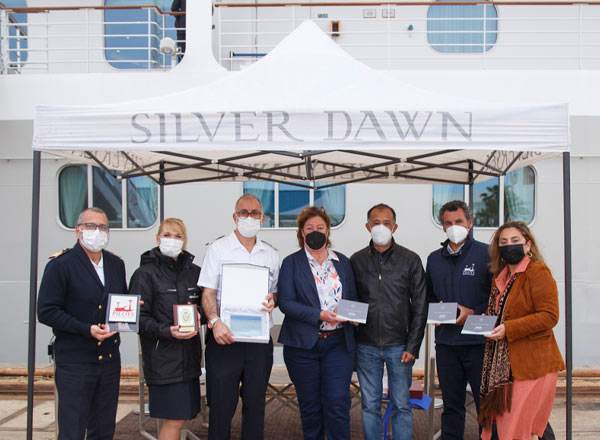 The Silver Dawn made its first call to Cadiz this early April. The new Italian vessel, from the ultra-luxury shipping company Silversea Cruises, has a spectacular design focused on classicism, modernity and the most avant-garde technology. We celebrated the plaque exchange ceremony along with the local port authorities. 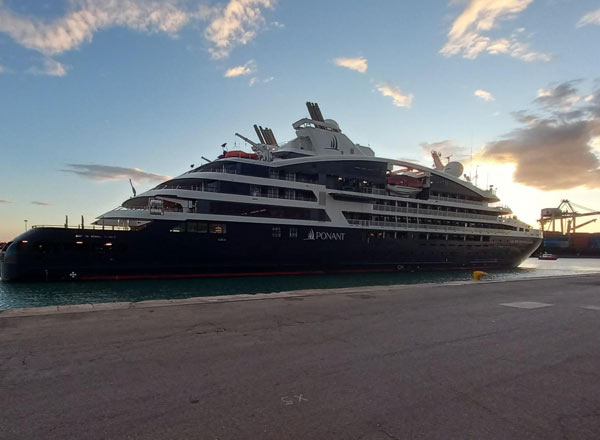 The Le Bougainville, from Ponant Cruises, visited Valencia at the beginning of April. This French vessel carries 108 passengers and has predicted 16 calls for 2022. 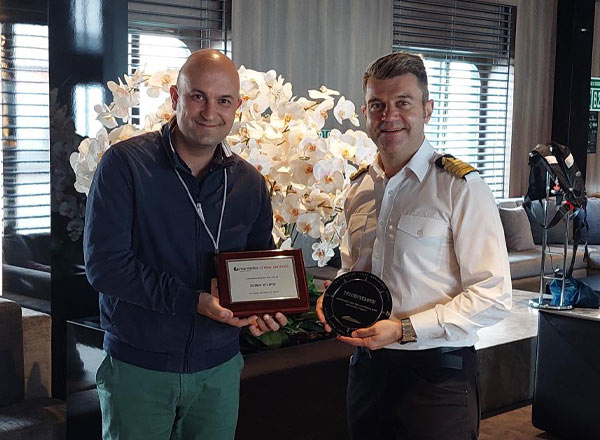 On April 13, the Scenic Eclipse, from Scenic Cruises, made its first call to Lisbon. The itinerary of this vessel followed along the south of the peninsula, including attractive destinations such as Seville and Formentera, to finish its journey in Barcelona. A representative from Marmedsa Cruise Services exchanged plaques with the ship’s captain, on deck. 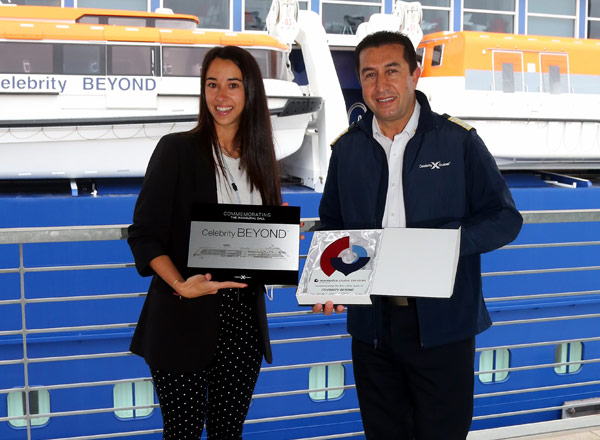 The new astounding ship Celebrity Beyond also visited Bilbao for the first time on April 30, captained by Kate McCue, on her first official Maiden Voyage.

After her sailing from Saint-Nazaire and welcoming her passengers from Southampton this last April 27th, she visited several Spanish Ports to finish this first itinerary in Barcelona.

Laia Servet attended the plaque exchange ceremony and she had the honour to hand the plaque to the Staff Captain, Hotel Director and Marina from Concierge Team. 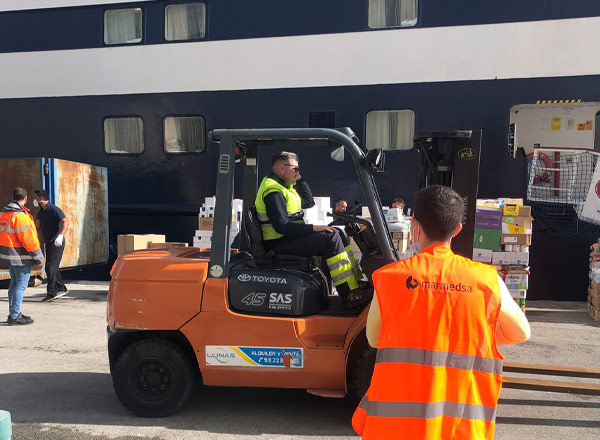 To close up April, the Clio, from Grand Circle Cruise Line loaded provisions for its journey in Barcelona, a service provided by the agents of Marmedsa Cruise Services. The cruise ship departed from the Port of Seville and called into some other ports like Gibraltar, Cartagena, Valencia and Barcelona, where it finished its journey. Beginning May, the Silver moon made its first call to Malaga. It sailed a seven-day route starting in Barcelona and ending in Lisbon. Part of the fleet of Silversea Cruises, considered one of the most exclusive shipping companies in the world, the ship made its maiden voyage in November 2021. We had a plaque exchange ceremony on the quay with the ship’s captain. Le Bellot, first calls to Malaga & Palma de Mallorca early may. This is the fifth in a series of six new-generation ships of the so-called Explorers class of the French ultra-luxury company Ponant, which has called for the first time at many Spanish ports, two of which are managed by Marmedsa Cruise Services and subsequently, we exchanged plaques in both ports to commemorate these first calls. The World Explorer cruise ship, specialising in adventure travel, arrived in A Coruña on 9 May. The ship, with a capacity for 173 passengers and 118 crewmembers, is the company’s first ocean-going ship for expedition cruises, with a perfect balance between luxury, comfort, efficiency and environmentally friendly operations. A representative of Marmedsa Cruise Services exchanged plaques with the ship’s captain at the port. Ending May, Le Dumont d’Urville, made its first call to Malaga. This exploration vessel, which belongs to the French company Ponant Cruises, was then docked at the east quay of the port, arriving from Gibraltar. The plaque exchange ceremony was attended by representatives from the vessel, Marmedsa cruise services and local port authorities.

We are so proud for receiving all these first calls and new vessels in Spanish ports. You can entrust any of your cruise’s needs to Marmedsa Cruise Services and be sure our team will manage all your operations with the utmost care and quality standards.